Photo Credit To BBC Africa
Share this on WhatsApp 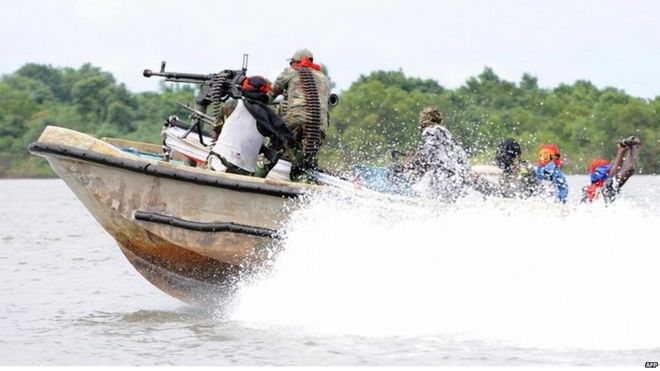 The Nigerian military has made six arrests after four soldiers and a policeman were killed in an attack by suspected pirates in the oil-rich Niger Delta on Friday.

Security forces also recovered a cache of arms and ammunition in the raid on their camp, the army said.

Piracy and organised crime linked to oil theft are common in the region.

Soldiers destroyed the camp in neighbouring Rivers state and are now trying to track down others who escaped, according to a statement from the Joint task Force (JTF) in the Niger Delta.