Microsoft has launched Windows 10 in 190 countries as a free upgrade for all Windows 7 and Windows 8.1 users. The launch will happen in phases, with Microsoft saying the staggered roll-out will help “manage the demand”. 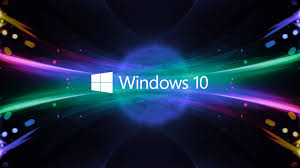 People with computers running Windows 7 and 8.1 should start seeing a notification in the taskbar that will alert them when the upgrade is ready to be installed. Businesses looking to upgrade to Windows 10 will be able to do so from 1 August.

The upgrade is only available (for free) to people with legitimate copies of Windows 7 and 8.1, and will only install on a computer with the latest Windows updates installed. Clicking on a small Windows 10 logo in the taskbar starts the update process, although some people may have to wait several weeks before they can download.

New devices running Windows 10 are also available to purchase from today. Laptop, desktop and tablet computers from Acer, Dell, HP and Lenovo will be joined by more over the coming weeks. Microsoft has said its manufacturing partners are already working on 2,000 “distinct devices or configurations”.

Notable new features in Windows 10 include a return of the Start Menu and the addition of Cortana, Microsoft’s voice-controlled virtual assistant. The operating system borrows heavily from Windows 7 and ditches much of Windows 8’s touch-based interface. The OS also allows Xbox One users to stream games and TV live to their PC, meaning you can play games on your laptop if someone is watching on another device in the living room.

Microsoft CEO Satya Nadella said the launch of the operating system marked a “new era” for personal computing. “Windows 10 is a huge milestone for us as a company, and quite frankly the industry,” he told the BBC.

The minimum system requirements for Windows 10 are similar to Windows 7 and 8: a 1GHz processor, 1GB of RAM and 20GB of free space. The Windows 10 download comes in at between 4 and 5GB.