Lagos State Gover­nor, Mr. Akinwun­mi Ambode, at the weekend re­ceived envoys from the United States of Amer­ica, Britain and Austra­lia on courtesy visits, where he reaffirmed his administration’s com­mitment to strengthen trade relations with their countries.

The Governor, who re­ceived the trio separately in his office in the government house at Alausa, Ikeja, said that paramount on his administration’s agenda, is to strengthen existing trade relations with countries willing to do business in the state as well as attract new investors. 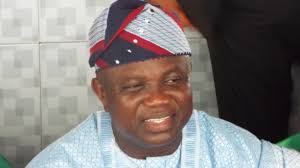 In addition, he said an Office of the Overseas Af­fairs and Investment has been established, whose primary assignment will be to relate with foreign inves­tors and attract new busi­nesses into the state.

“I want you to also rec­ognize the fact that we are building a safer Lagos, we want to do everything as much as possible to make Lagos a more comfortable place for everyone to live in, that’s the only way we can attract investments into Lagos,” he said.

He spoke further: “I believe strongly that in strengthening that rela­tionship, I decided that we would set up a new office here, the Office of Overseas Affairs and Investments, that will directly deal with our investors and business interests that we have.”

“I also believe that in doing that, we cannot do it alone, so we expect that we would be seeking some kind of expertise from those who are knowledge­able in the areas,” the Gov­ernor said.

He said his administra­tion is poised to strengthen economic ties with their countries, urging them to feel free to offer any use­ful suggestions that would make investors willing to set up their investments in the state.

He listed, power and en­ergy as well as oil and gas sectors as possible strong areas where such bi-lateral relations could be strength­ened, assuring that the state is safe, conducive and investor-friendly to accom­modate more investors.

“All these put together, the main objective for us is to be able to build on the economy of Lagos and in­crease the GDP of Lagos as a state, create more jobs for our people and we would be able to make life more comfortable for them.”

Earlier, the Acting Con­sular General, United States of America, Mrs. Rehab Ghebreab, expressed the willingness of her country to partner and provide as­sistance to the Lagos State Government adding that US is interested in Lagos as it is the economic hub and capital of Nigeria as well as West Africa.

She said investors from her country are ready to register their presence and provide assistance to Lagos as well as partner the state government on infrastruc­tural development.

“Lagos is a very impor­tant state and we’re here to help you in any way you would want us to provide assistance so that you suc­ceed in the important work that you’re doing”.

“The US-Nigeria rela­tionship is very strong and it was demonstrated by the recent visit of President Buhari to Washington, and it’s a lot of interest in expanding our trade. Actually we have several delegations that would be coming in September,” she said.

On his part, Deputy British High Commis­sioner, Mr. Ray Kyles, re-assured of sustaining the partnership of the two countries towards mak­ing robust achievement at transforming the lives of residents of the state.

For the Australian High Commissioner, Ambassa­dor Jonathan Richardson, investors from Austra­lia are willing to partner the state in areas such as transportation, power and energy.